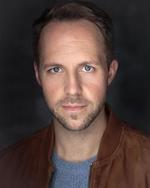 Peter Manchester is an Actor, Writer, Singer and Musician.
He performs in Theatre, on Television and Film in the UK and internationally.
Peter trained as an actor at The Royal Central School of Speech and Drama
and won the BBC Musical Theatre Award Bursary whilst studying there.

THE RECRUITING OFFICER at the Donmar Warehouse;
ROMEO & JULIET at Stafford Shakespeare Festival;
A MIDSUMMER NIGHTS DREAM for Iris Theatre;
CASANOVA and VENEZIA for Teatro San Gallo in Venice;
20th CENTURY BOY No.1 Tour;
ROBIN HOOD & THE BABES IN THE WOOD at City Varieties Leeds;
BLACK POWER DESK for the Old Vic 12.

Furthermore, TV and Film Credits include:
ITV Drama WITHOUT YOU,
GET LUCKY for Carnival Productions
and MUPPETS AGAIN for Walt Disney Pictures.

Peter is a multi-instrumentalist specialising in:

His Actor Musician Credits include:
MOLL FLANDERS at the Mercury Theatre Colchester;
GRANDMA SAVES THE DAY at the New Wolsey Theatre;

As well as being a professional Actor, Writer, Singer and Musician, Peter and his wife Rachel have been performing as Guest Entertainers aboard Cruise Ships Worldwide for the last 5 years as their double act THE UPBEATS.